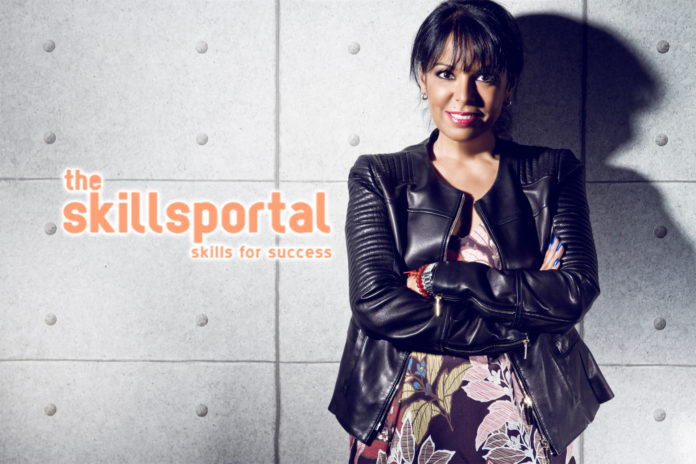 Anneline Black’s mother used to joke (none too nicely, as only mother’s can do) that she could always spot Anneline from a distance, because she was the only teenager in the neighbourhood who had perfectly shaped and plucked eyebrows.

There is no two ways about it; Anneline has always been a style leader. From the age of 13, she was known as the lipstick queen. “I always put on lipstick straight after school,’ she remembers.

Living in the not-so affluent areas reserved for people of colour in the 1980s – whether it was stolen from her mother or bought with precious pocket money – she always had make-up and was the unofficial make-up consultant to all her friends, helping to ensure that they were a glamorous bunch.

However, while she despaired of her daughter’s frivolous habits then, 30 years later her mother has reason to be proud, as Anneline has turned her passion for shaping appearances into a thriving small business. She sits on the committee of the Western Cape Businesswomen’s Association and is a role model to young people and women everywhere.

It has not, however, been a smooth transition from teenage style queen to make-up artist and businessperson.

In between, Anneline, who married and became a mother at just 20, trained and worked as a book keeper and accountant (the sensible choice) and went on to spend many years climbing the corporate ladder before she realised in her mid 30s that she “kind of hated it.’

“I was a square peg in a round hole,’ she remembers. And even though the hole was a high up corporate job with a big title (financial manager) and a nice office, her creative personality still felt the discomfort of it.

Her life took a U-turn when a friend from the old days spotted an advert for a course for make-up artists and, remembering the old lipstick crazy Anneline now stuck in posh job, suggested that she try it out.

The course was to prove a catalyst for change and inspired her to turn her back on the corporate world. At the same time, she left her husband and became at a stroke, an unemployed single mother. But she was jubilant.

“I had found my passion,’ Anneline says.

To make ends meet, Anneline did some freelance make-up work and started training other make-up artists. From this she realised that she could combine her passion for the creative side of make-up with a newly discovered talent for empowering others.

“I realised that I wanted to teach – and give other young people the opportunities that I didn’t have,’ she says. Her business, Brushstrokes, was built around this principle. Borrowing money from Khula Enterprises to invest in the materials she needed to set up, she launched her very own school of make-up.

Like all small businesses, she experienced some difficult times in the beginning. For example, thinking that she needed a partner, Anneline employed someone on a high salary, but then found that the employee was not adding enough value versus the sales income. She also nearly burned out before she had even got started.

“I hardly slept for a year,’ she admits. Fortunately, her second husband, who is a businessman, was able to help and support her on this crazy journey. And gradually she has learned to create balance at BrushStrokes and in her life.

“I have realised that I am the business: so as long as I am OK, the business is OK,’ she says.

Today, BrushStrokes is four years old and doing very nicely. Each year it trains upwards of 50 youngsters who are eager to move into the world of make-up. BrushStrokes also has private clients and runs image workshops for corporate clients that put a slightly different spin on looking good. Anneline explains that hers is a holistic approach.

“I am intrigued by the psychology of why people want to change,’ she says. “I maintain that they must understand who they are and what they want to project before they embark on change.

Quite simply, she says, it is about more than slapping on make-up and wearing red instead of brown or black. A truly successful transformation needs to be more than skin deep.

“Make-up and image are only really the conduit by which people arrive at change,’ she maintains. “It can transform the way people think and – more importantly – feel about themselves. When they look at themselves in the mirror and see a different side to themselves it can unlock a deeper change – and that is what is really satisfying.’

“People pay me for my time easily because it is a glad thing,’ she smiles.

In her business, she has helped countless women – and men – discover this. Recently, BrushStrokes has been invited to do a series of corporate workshops for all-men groups. The first time she did it, she admits she was terrified that she would not be able to hold their attention for more than 10 minutes. But at the end of three hours she had them eating out of her hand.

“Such experiences take you out of your box and teach you something about yourself,’ she says. “It gave me such an insight into the psyche of a man. And it was a revelation to discover that they want the same things as women by and large. They want to know how to dress and how to project themselves successfully.’

Not bad for a girl from “nowhere’ whose mother was a single parent who kept Anneline and her four siblings by working as a dressmaker and was a dab hand at turning second-hand clothes into stylish outfits.

Anneline is very conscious of the distance she has travelled, which is why she always offers a full-bursary to at least one student each year. Last year’s student, appropriately enough, came from the same school – Trafalgar Secondary – that she spent her high school years in applying lipstick to herself and all her friends.

“I am extremely fortunate because I have found what I love to do in life – and get paid really well for it,’ says Anneline. It’s a good recipe for business success as well.

“If you have a passion for what you are doing – the money kind of follows.’ 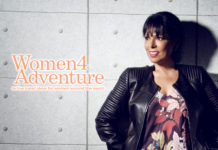 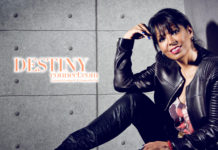 ABOUT US
“Make-up and image are only really the conduit by which people arrive at change. It can transform the way people think and – more importantly – feel about themselves. When they look at themselves in the mirror and see a different side to themselves it can unlock a deeper change – and that is what is really satisfying
Contact us: annelineblack@icloud.com
FOLLOW US
© Anneline-Black.com | All Rights Reserved
We use cookies to ensure that we give you the best experience on our website. If you continue to use this site we will assume that you are happy with it.OkRead more